Wow...less than two week from Christmas. Have I finished my shopping? The correct question should be have I started my shopping. I have a few things bought, but for some reason I just cannot get into the mood this year. I have my youngest Grand done and almost finished for my other one, but almost nothing for my husband, kids, or parents. I guess I will get out there tomorrow after making a list and get it done. Just so much to do around here since our second trip to Alabama earlier this month when we totally finished emptying the house. It still has not sold, but that is another depressing story for later. Our garage here is over flowing. You may have some walking room, but that is it. Most of the things we just brought home was attic stuff. Half ours, half our kids. Our girls both have said they don't want any of their things, but I am not giving it to them to throw out. I will continue holding it until they change their mind.

I have been making a few Christmas cards. Only a few compared to the almost fourty I need to mail out. I bought a kit from Close To My Heart. Pears and Partridge. It is so beautiful, but....it is all still in the package waiting to be made. I don't guess they will make themselves. If I was still holding my class in Alabama, they would have all been done in class. Oh well...here are a few I have been making. 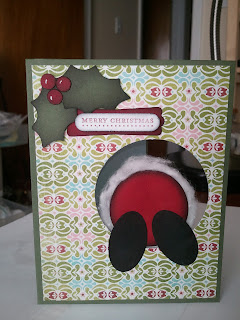 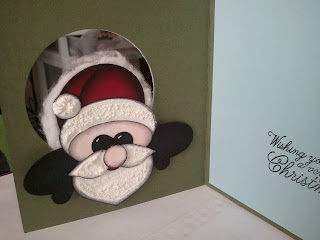 This card took me almost two days to make. Of course added to that was having my two Grands here, a band concert, and going out to dinner. I guess I had a total of four hours each day to figure out this card and make it. All I had to go by were a few pics and a list of the punches she used. No assemble directions. After finally finishing it, I quickly made two more within an hour or two. So much easier the second time around! 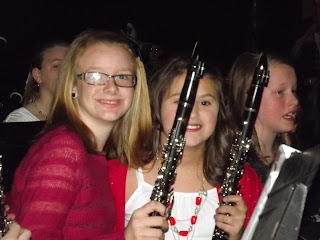 This was Alex's first band concert. She is in the "Beginner Band" They were awesome for only playing together for less than two months. ﻿ 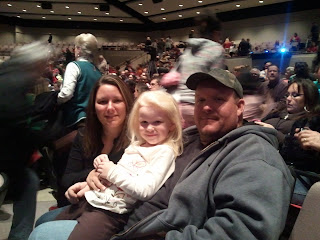 Thank you Cathy. I might ask Santa to drop one of them off at your house while delivering your gifts. Merry Christmas my friend! 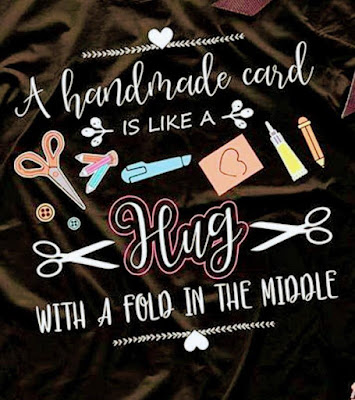 Cheryl Arbo
Fort Worth, TX, United States
Hi! I have been married to the love of my life for forty + years. I am blessed with a wonderful life. We have two daughters and four precious Grands. I have been scrapbooking and card making for over nineteen years. I am a Close To My Heart consultant and I love making pretty things! 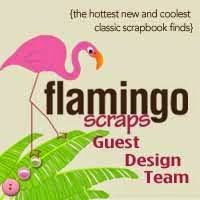 Let me be YOUR Close To My Heart consultant! Have you seen our current Idea Book?

Have you seen our newest "You Are Here" digital Cricut Collection?

I hold my monthly "Craft & Create With Cheryl" class on the last Sunday of every month from 2 pm to 4 pm.